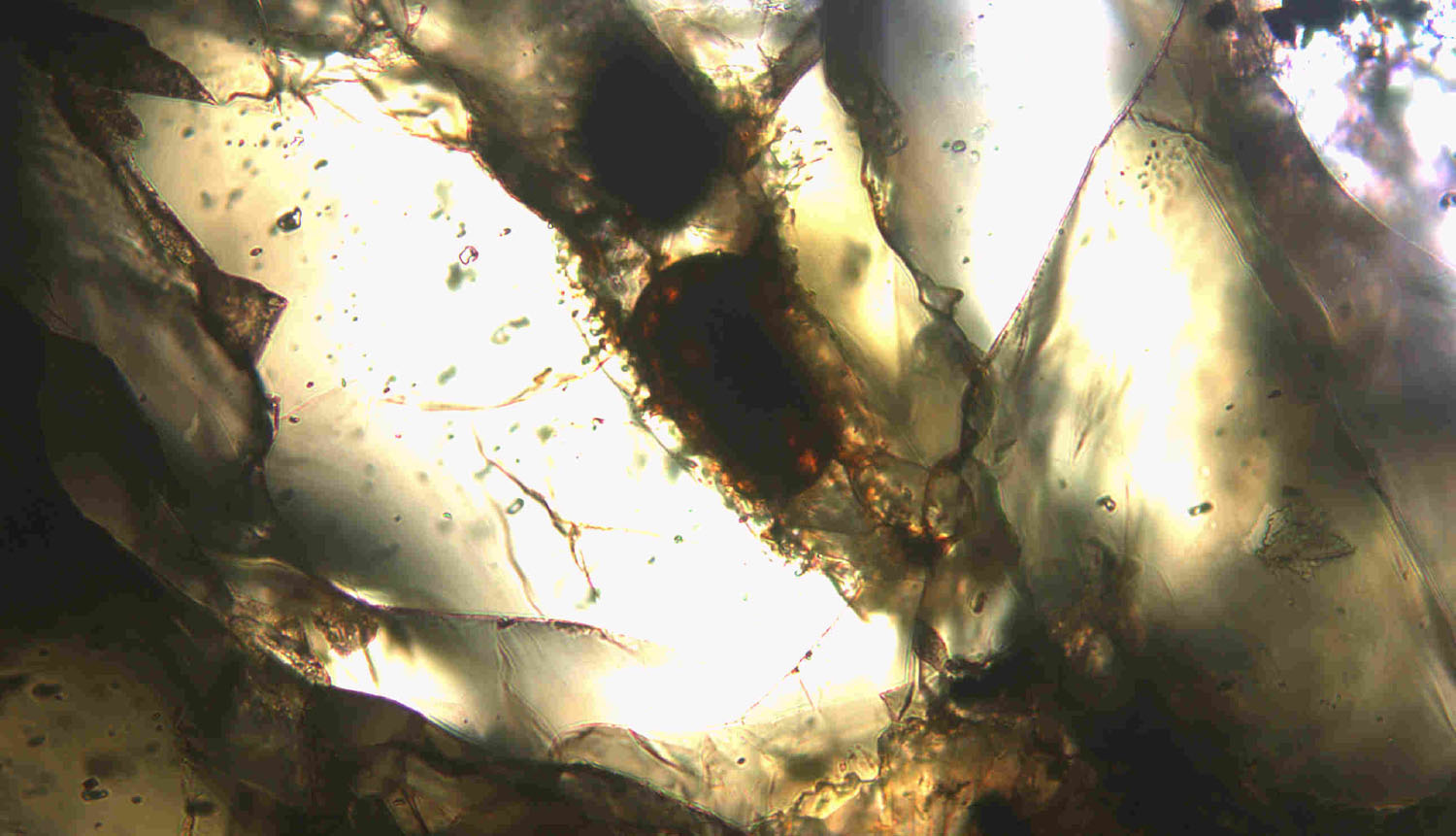 A Conspicuous Clay Ovoid in Nakhla

By Elias ChatzitheodoridisJuly 8, 2018 No Comments 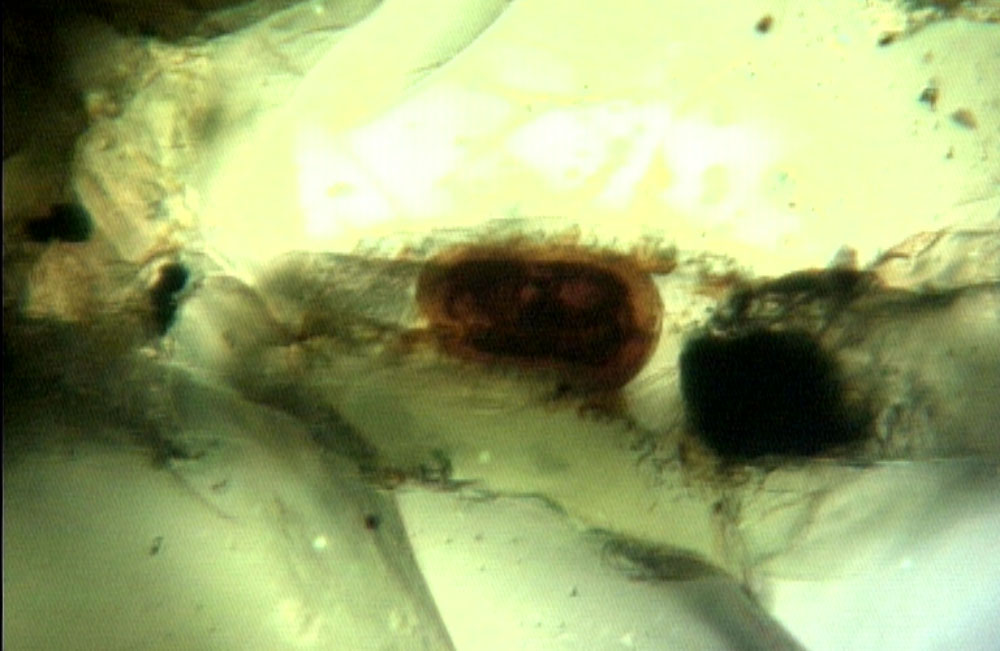 Α conspicuous biomorphic ovoid structure has been discovered in the Nakhla martian meteorite, made of nanocrystalline iron-rich saponitic clay and amorphous material. The ovoid is indigenous to Nakhla and occurs within a late-formed amorphous mesostasis region of rhyolitic composition that is interstitial to two clinopyroxene grains with Al-rich rims, and contains acicular apatite crystals, olivine, sulfides, Ti-rich magnetite, and a new mineral of the rhoenite group.

The concentric wall of the ovoid surrounds an originally hollow volume and exhibits internal layering of contrasting nanotextures but uniform chemical composition, and likely inherited its overall shape from a preexisting vesicle in the mesostasis glass. A final fibrous layer of Fe-rich phases blankets the interior surfaces of the ovoid wall structure. There is evidence that the parent rock of Nakhla has undergone a shock event from a nearby bolide impact that melted the rims of pyroxene and the interstitial matter and initiated an igneous hydrothermal system of rapidly cooling fluids, which were progressively mixed with fluids from the melted permafrost. Sharp temperature gradients were responsible for the crystallization of Al-rich clinopyroxene rims, rhoenite, acicular apatites, and the quenching of the mesostasis glass and the vesicle. During the formation of the ovoid structure, episodic fluid infiltration events resulted in the precipitation of saponite rinds around the vesicle walls, altered pyrrhotite to marcasite, and then isolated the ovoid wall structure from the rest of the system by depositing a layer of iron oxides/hydroxides. Carbonates, halite, and sulfates were deposited last within interstitial spaces and along fractures.

Αmong three plausible competing hypotheses here, this particular abiotic scenario is considered to be the most reasonable explanation for the formation of the ovoid structure in Nakhla, and although compelling evidence for a biotic origin is lacking, it is evident that the martian subsurface contains niche environments where life could develop. 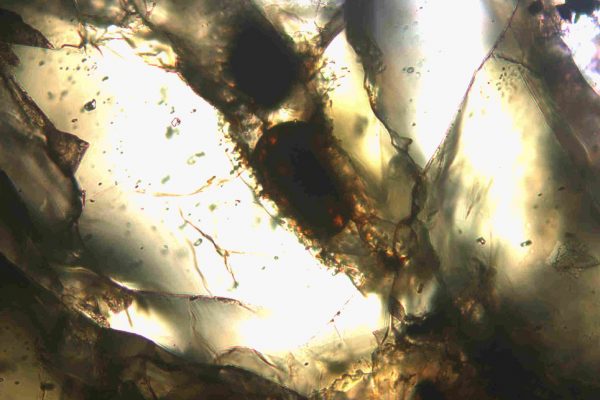 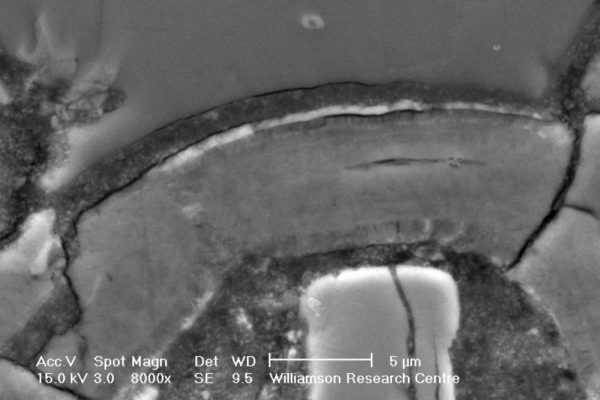 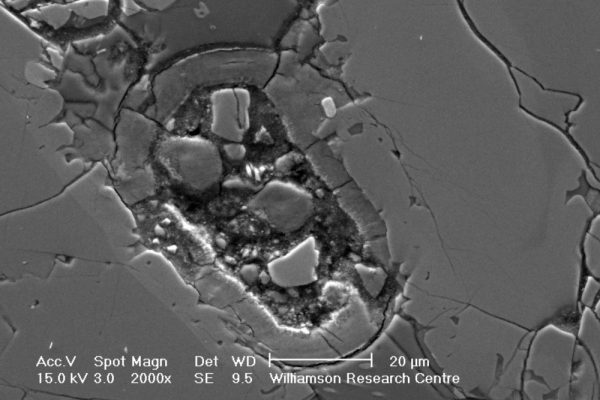 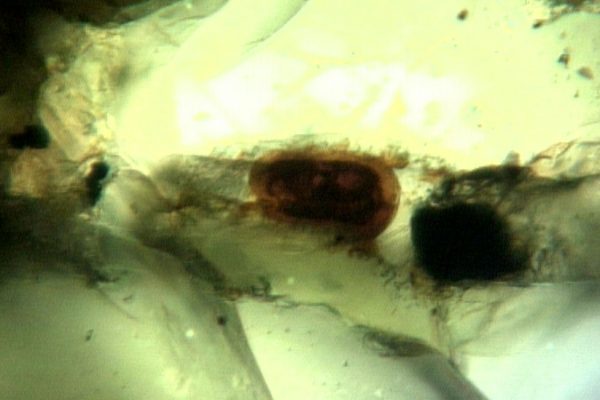 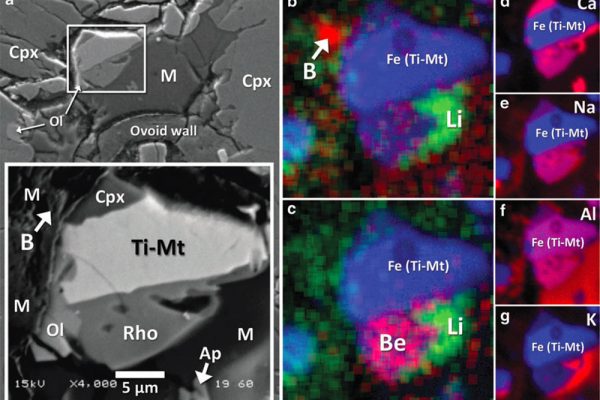 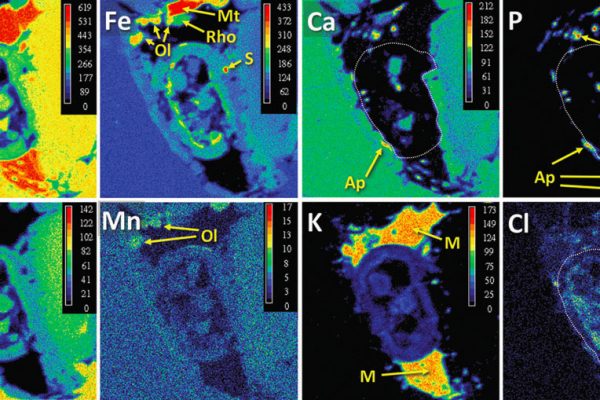 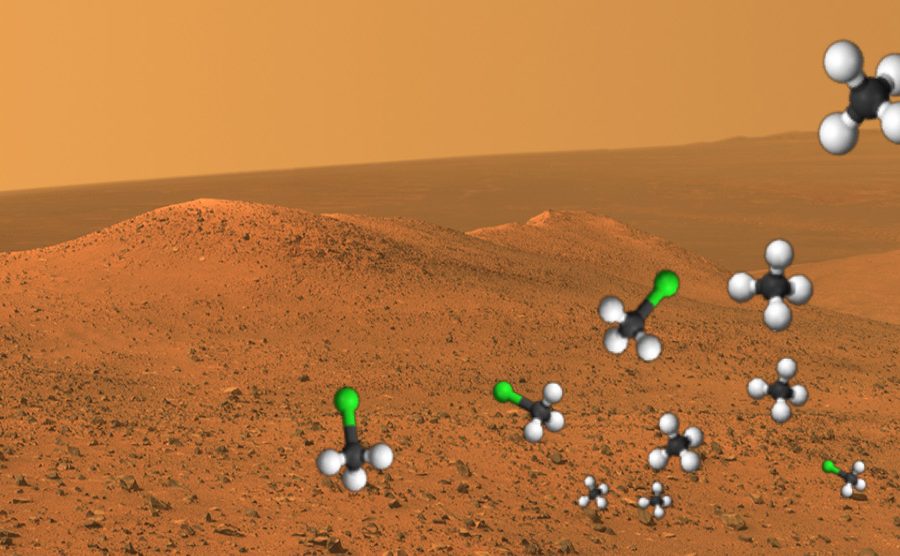